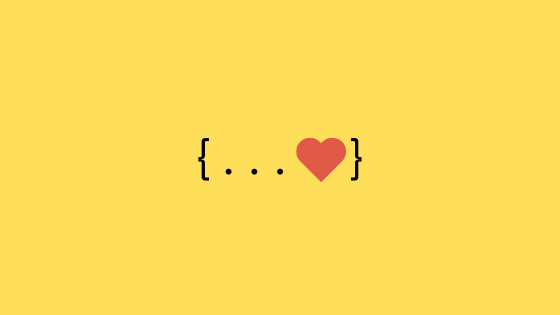 The three dots (...) signify both the rest and spread operators in JavaScript, their functionality depends on where they're used. These operators are used when working with arrays and objects.

The operators can either be used to collect values into a single array or concatenate elements from another array with another one.

Let's look at a function that takes more than one argument, for example, say you're only interested in the first argument passed but would like to store the remaining for later:

all other arguments passed are now stored in an array remaining, this technique is especially useful when you do not know the number of arguments that would be passed.

we'll be looking at another example with an array passed as the single argument to a function, we'll use the spread operator to take all the elements out and print to the console.

Notice how I used the spread operator to copy elements from the numbers array into the single_array. Spread is one way to merge a copy of an array or object into another.

Combining both in arrays

It's also possible to use both operators interchangeably, just be careful not to mistake one for the other, I'll indicate what operator I used where.

The use cases for the spread and rest operators in objects are not different from that of arrays.

Imagine we had a large object given to us from an API response. If we wanted only the users property from the object, we can use destructuring to take them out and save the rest in another variable.

If you're not familiar with destructuring, check out this article.

We can use the spread operator to concatenate another one object with another.

To read more on them, check out this doc on MDN here.